Belgium was eliminated from the World Cup in Qatar on Thursday after a 0-0 draw with Croatia, while Morocco defeated Canada 2-1 in the other Group F match. 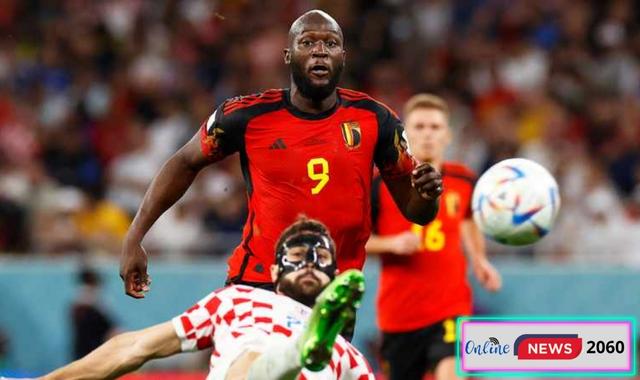 Belgium had disappointed against Canada to open the tournament, but earned a 1-0 win before suffering a critical 2-0 loss to Morocco.

Croatia had put itself in a promising position to reach the round of 16 with a 0-0 draw against Morocco and a 4-1 win over Canada.

The Croats secured their place in the round of 16 with a point, while Morocco qualified first in Group F thanks to their win over Canada.

See how the players fared here:

Dominik Livakovic - 7: Did well with aerial balls into his penalty area. Didn't really have much to do as the Belgians' best chances weren't taken.

Josip Juranovic - 6: Was lucky that Carrasco was so bad, as the defender kept letting the Belgian striker get into dangerous positions. However, he blocked Carrasco decisively in the second half.

Dejan Lovren - 6: Was present in the air at both ends of the pitch, although a header from the defence was flicked straight at Lukaku (after the ball was fortunately out of play for the centre-back).

Josko Gvardiol - 8: Wasn't challenged too much in the first half, as most of the opponent's attacks came down the flanks. After the break he was challenged more and showed a strong performance, including a decisive one-two in the closing stages.

Borna Sosa - 3: Let Mertens through a couple of times, but was then sent off. Shot well over the Belgian crossbar just before the half-time break and missed several crosses in the second half.

Luka Modric - 7: Played incisive passes around and into the Belgian penalty area and intercepted several balls in his own half.

Mateo Kovacic - 6: Wasn't involved as often as usual until the second half when he started to get involved in the game.

Andrej Kramaric - 6: Had a promising opening period, but wasn't decisive enough, so his moment passed. Was substituted in the 63rd minute, but had played along quite well until then.

Marko Livaja - 5: Honestly not very effective, aside from his role as a distraction here and there. Was substituted after the departure of Kramaric.

Ivan Perisic - 6: Almost scored within 10 seconds when he volleyed over the goal from long range. Always an option on Croatia's left flank.

Thibaut Courtois - 7: Didn't have too much to do until the start of the second half when he kept Kovacic, Brozovic and Modric at bay within about five minutes.

Thomas Meunier - 5: Made some well-timed tackles in some promising moments for Croatia, but was out of the game in the second half.

Toby Alderweireld - 5: Had a tough time in the first few minutes where it really looked like Belgium would concede a goal. After that he was a little better.

Jan Vertonghen - 5: His performance largely followed that of his centre-back partner.

Timothy Castagne - 5: Had mixed success in dealing with Croatia's forwards.

Leander Dendoncker - 4: Hit a sharp, low cross that Mertens failed to clear, but was otherwise ineffective and conceded a yellow card. Made way for Youri Tielemans.

Axel Witsel - 4: His lack of mobility allowed Croatia too much time on the ball in the second half.

Yannick Carrasco - 2: Failed to attack a cross from Mertens that could've led to a goal at 0-0. Then appeared to give away a penalty through a rash foul, but VAR overturned the decision for offside, which was just wide of the mark. Was replaced by Jeremy Doku.

Kevin De Bruyne - 6: Getting better with each game and set up his teammates well on numerous occasions.

Leandro Trossard - 4: Full of beans without translating that into a notable contribution. Made way for Thorgan Hazard just before the hour mark.

Dries Mertens - 3: Could've provided an assist if Carrasco had read his cross better. Missed a good chance by deflecting a first-minute shot high and wide, and failed to convert a good cross from Dendoncker. Was substituted at halftime.

Romelu Lukaku - 1: Was substituted for Mertens after the break. Hit the post after an hour when he should have scored. Then deflected a close-range header over the bar, but the ball had already gone out of bounds on the touchline. Reacted too slowly to a shot from De Bruyne and deflected it wide. In the final minutes, he failed to convert a cross in front of the open goal and somehow brought the ball to safety with his chest.

Thorgan Hazard - 5: Energetic, but honestly hardly anything else.

Youri Tielemans - 6: Intercepted an important cross from Perisic in the 75th minute.

Jeremy Doku - 5: Couldn't really make an impact after his substitution.

Eden Hazard - n/a: Was substituted too late to make an impact, although his previous performances in Qatar hardly suggest he could make an impact here.